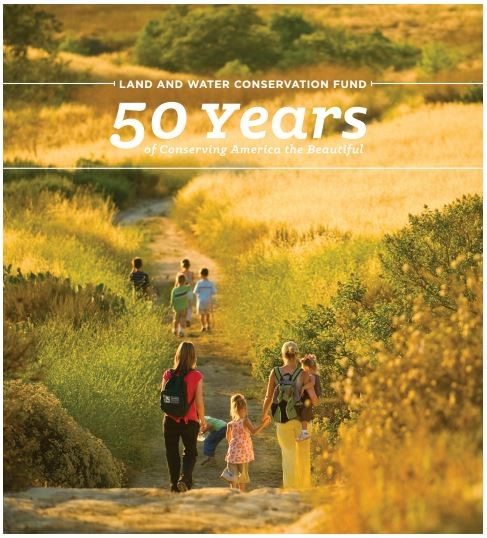 As the 114th Congress looks toward its final months of work, we urge you to support the bipartisan agreement to permanently reauthorize the Land and Water Conservation Fund that passed the Senate in April as part of the Energy Policy Modernization Act of 2015.

BCHA is a member of the LWCF Coalition that supports this bipartisan compromise. We want our supporters and members to be part of a major push to demonstrate our support.

Please sign your trail or riding organization, BCH state or chapter onto the LWCF Coalition letter that soon will be sent to Congress. The letter can be accessed here sponsored by the Wilderness Society.

LWCF is one of our country’s most important conservation programs, supporting local communities and increasing access to the outdoors in every state and 99% of all counties. The program is overwhelmingly popular and has maintained broad bipartisan support over its 50-year history of successful, locally-driven conservation. Yet, in 2015, it was allowed to temporarily expire and then given only a short term renewal.

Since permanent authorization of the LWCF passed the Senate, but not the House, it is going to be on a shorter list of issues that must be addressed before the end of this Congress. It is part of the Energy Bill Conference Committee that is convening right now.

Why is this Important to Horsemen?

BCHA prepared a fact sheet on the importance of Congress reauthorizing the LWCF. To view a map or a listing of LWCF funded projects in your state, go to the LWCF Coalition website. As you will see, LWCF has benefited our national parks, national forests, state and local parks and other natural areas for over half a century.

The Energy Bill Conference Committee has included two other provisions that are important to BCHA members. The first creates a new National Park Maintenance and Revitalization Fund that is over and above LWCF—NOT taking authorized dollars away from LWCF—from offshore energy revenues. The fund would dedicate $150 million per year toward addressing the maintenance backlog in national parks, including trails.

Secondly, the bill would dedicate at least $10 million each year of LWCF funds that “shall be used for projects that secure recreational public access to Federal public land for hunting, fishing, or other recreational purposes.’’ This could include national forests and other public lands. So again, the public and horsemen could be the beneficiaries of directing this small portion (no more than 1.5%) of LWCF monies toward enhanced public access.

Again, please consider signing on to the Coalition letter by adding your trail or riding organization, BCH state/chapter to the list of LWCF supporters as soon as possible. It’s urgent. Congress is in session only for a few more weeks.

Please forwarding this invitation to any trail or riding organization, BCH chapters/units for sign-on in your state. We need the
fantastic geographic diversity among all supporters and BCHA’s membership to sound off on the importance of LWCF in creating and
expanding recreational opportunities in every state.

Thank you for taking action!

We are hopeful that Congress will act to permanently authorize this landmark legislation that recognizes the universal importance of LWCF, dedicates an annual funding stream to address the national park maintenance backlog, and dedicate a modest amount of LWCF funds to improve public access to public lands.