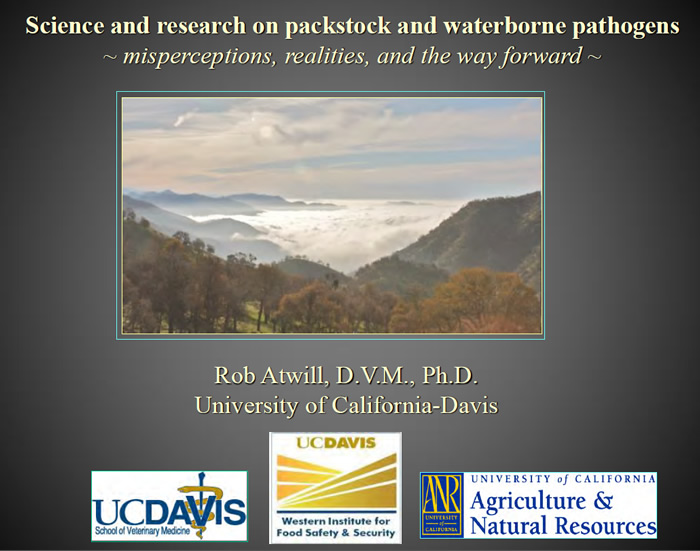 Dr. Rob Atwill of the University of California, Davis, provided the following PowerPoint presentation during BCHA’s 2015  National Board Meeting held in Sacramento. He summarized the growing body of science that demonstrates native mammals, including squirrels and marmot, are far more likely to be the source of water-borne pathogens than either livestock or pack stock. In one study at Yosemite National Park, a population of Belding’s ground squirrel was documented to have shed Cryptosporidium oocysts at a rate that might be matched by no less than 3,000 horses.

Dr. Atwill’s work is the strongest evidence yet that stock use in the Sierra high country is unlikely to result in introduction into waterways of pathogens that cause human illness (giardia, E-coli, etc.). What he found was that native mammals and birds harbor much larger amounts of these pathogens–sometimes hundreds to thousands of times higher–than pack stock. Moreover, most adult packstock were found to pose near-zero risk of harboring such pathogens.