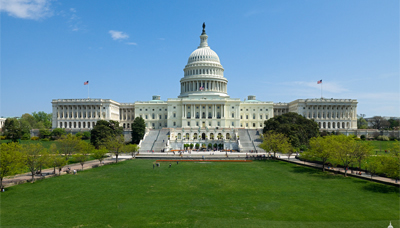 WASHINGTON DC (June 18, 2014) – The Backcountry Horsemen of America, The
Wilderness Society, the American Horse Council, along with motorized recreation groups, outfitters and guides, and others today applauded new legislation to improve access and public safety on national forests and better address a persistent trail maintenance backlog.

The National Forest Trails System Stewardship Act of 2014, introduced by Representatives Cynthia Lummis (R-WY) and Tim Walz (D-MN) would keep more trails across the nation open and accessible by expanding the use of volunteer and partner organizations and providing increased focus on a handful of priority areas around the country.

More than fifty diverse recreation and conservation groups requested the legislation after a study last year found the Forest Service trail system is being squeezed between the demands of growing public use and shrinking budgets. According to that report, the maintenance backlog for forest trails exceeds $314 million dollars and threatens to limit public access, harm natural resources, and increase future maintenance costs.

“Improving access and safety in our national forests is a solid return on investment for America,” said Paul Spitler, Director of Wilderness Campaigns at The Wilderness Society.
“Trails fuel a powerful outdoor economy and keep our public lands accessible for all Americans. They are simply too important to lose. We applaud Representatives Lummis and Walz for their leadership on preserving and maintaining America’s trails.”

The United States National Forest System contains the largest network of trails in the world and receives roughly 165 million visitors a year. While more people than ever are heading into national forests in pursuit of exercise, relaxation, and adventure, only one quarter of all trails are maintained to standard. The trails backlog prevents public access,
poses dangers to public safety, and degrades clean water.

“The recreational horse industry contributes $20 billion a year to the economy and supports nearly 307,000 jobs nationwide,” said American Horse Council Vice President of Government Relations Ben Pendergrass. “However, it is dependent on access to public lands and well maintained trails. The current Forest Service trail maintenance backlog is
a serious threat to its continued growth and health. This bill will help address the problem and ensure equestrians and all trail users continue to have access to, and are able to enjoy, trails on our national forests.”

The legislation was also heralded by motorized recreation groups who rely on national forest trails. “The American Motorcyclist Association thanks Representatives Lummis and Walz for introducing legislation to increase off-highway-vehicle access on our national forests,” said Wayne Allard, Vice-President of Government Relations of the American
Motorcyclist Association. “During a time of shrinking budgets when the maintenance backlog on national forest lands exceeds $500 million, this bill would increase the use of volunteers to keep trails open and maintained for a fraction of the cost. We look forward to working with Representatives Lummis and Walz to increase the use of volunteers on public lands so all Americans can enjoy them.”

In addition to expanding the use of volunteers the legislation also requires the Secretary of Agriculture to identify nine to fifteen priority areas throughout the country for increased trail maintenance. Hiking groups also hailed the legislation. “We appreciate what the bill sets out to accomplish,” said Peter Olsen, Vice President at American Hiking Society. “The bill would significantly increase the role of partners and volunteers in maintaining trails throughout the national forests. During times of limited agency budgets, the role of volunteers is critical to ensuring Americans can continue to explore the great outdoors.”
###