Although equestrians share the trails with many other types of users, horseback riding is the original use for many of the trails and public lands we enjoy today. Not only does Back Country Horsemen of America protect our right to ride horses on public lands, they seek to preserve those historic trails our predecessors traveled.

In Our Ancestors’ Footsteps 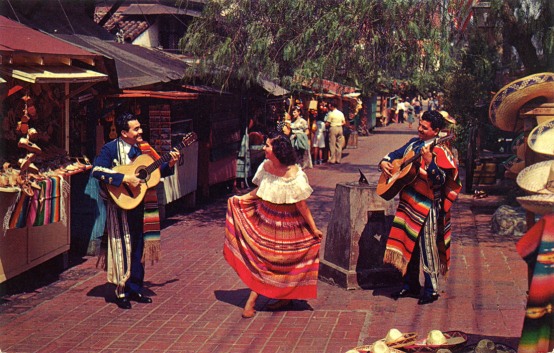 Some ambitious Back Country Horsemen are planning a 1200 mile horseback ride along the Old Spanish National Historic Trail through California, Nevada, Arizona, Utah, Colorado, and New Mexico. The trail takes its name from the Spanish colonies in northern New Mexico and southern California that were linked by this rugged route from 1829 to 1848. Traders exchanged woolen goods made in New Mexico and mules, horses, and donkeys from California.

The BCHA ride will commemorate the historical and modern day significance of this trail. The primary objective of the journey is to educate folks about the importance of protecting equestrian access to our nation’s public lands and BCHA’s leading role in that endeavor.

They also hope to inspire a zeal for preserving the treasures of our American heritage, such as the Old Spanish National Historic Trail, that still survive across the nation. Many of today’s trails, public lands, and paths were forged specifically for travel by horseback, long before hiking and mountain biking were invented. These byways have been a part of the landscape for numerous generations, and with our attention, for numerous generations to come. 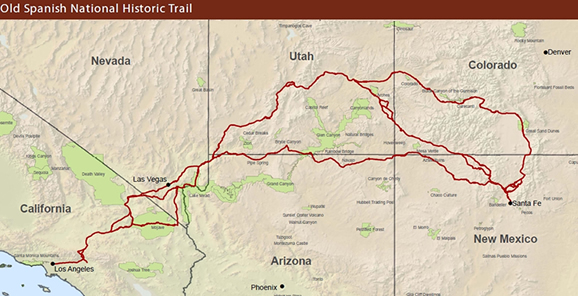 Although at this point plans are not yet finalized, Back Country Horsemen of America expect a core group of around six people to ride the entire route, with many others joining at various places along the way, for as little as a day or as long as a week or two. They’ll travel the first 600 miles from El Pueblo de Los Angeles, California, to central Utah in the fall of 2014. They’ll trek the second 600 miles from central Utah to Santa Fe, New Mexico, in the spring and summer of 2015, after the snow melts in the Utah passes.

Traveling through deserts and mountains, Indian reserva­tions and National Forests, BCHA riders expect to average 20 miles each day with one rest day a week, completing the trip in 60 to 70 days (with allowances for unexpected delays). In isolated areas, pack horses and mules will carry their equipment and supplies to the next camping spot, replicating the way the original traders traveled the route.

Back Country Horsemen in California, Nevada, Arizona, Utah, Colorado, and New Mexico will assist with finding the route, choosing camp sites, acquiring supplies and services, and other tasks requiring local knowledge. Richard Waller of Back Country Horsemen of California, Los Padres Unit, will put his considerable experience and skill to use as the ride’s Trail Boss and Chief Planner.

To further share the story of their ride and the need to save cultural gems like the Old Spanish National Historic Trail, a book will be written about the trek and camera crews will film the journey to create a movie. Updates on the riders’ progress during the trip will be placed in the media and online to allow the public to experience the trek along with them.