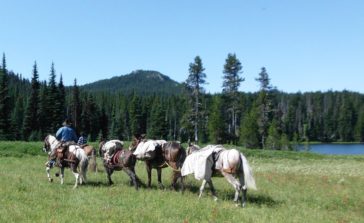 Back Country Horsemen of America highly values our wild lands and our right to enjoy them by horseback. Protecting the wilderness from unnecessary damage is imperative to keeping it pristine. But that creates unique challenges that can prevent proper maintenance of trails, bridges, shelters, and other amenities that allow us to recreate there. US Forest Service wilderness regulations prohibit the … Read More

Backcountry Horsemen of America Life Time Achievement Award Whereas… he joined Back Country Horsemen in 1989; and Whereas … he has held leadership roles in local unit as well as national  organizations of Back Country Horsemen, including president of Shasta Trinity (S/T) Unit (2003-2006 & 2014-present), State Director to BCHA  (1996-99), BCHA Chairman (1999-2001), BCHA Public Liaison Chair 2001,  Non-Director … Read More

Back Country Horsemen of America Life Time Achievement Award Whereas… Ann first sat on mule when 3 months old and was raised on Rankin Ranch where she worked with cows, and horses. Whereas … Ann started with High Sierra Stock Users before BCH was in California, and then in 1986 CA with several other states joined BCH to give a “unified voice” to … Read More 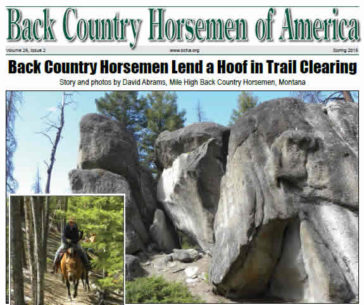 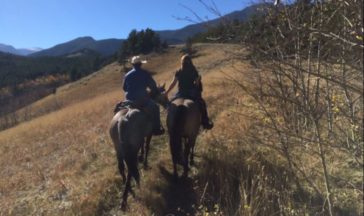 The winner of the 2014 Double Diamond Award is the Beartooth Back Country Horsemen (BBCH)  of Montana. The Beartooth Back Country Horsemen of Montana (BBCH) members  won the the award for their efforts by spearheading the largest coalition of volunteers and government ever to open the Ernie Strum Trail––a trail to Lily Pad and Crater Lakes in Montana. Here is the full paper presented at the … Read More

Jeanne Newman and Gordon Hirschi re-establishing Home Mountain Trail for BLM Vernal Office in Brown’s Park Back Country Horsemen of America protects our right to ride horses on public lands in a wide variety of ways across the country. They believe in putting a priority on the things that really matter, such as making our beautiful landscape accessible to all … Read More